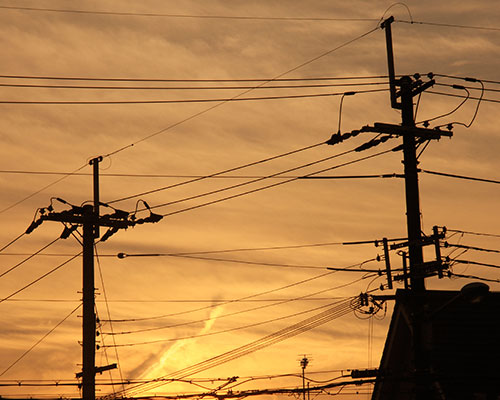 “We will be going out to bid shortly to see what the market is and if we can obtain a discount for our residents,” Fiorentini said in a statement. “National Grid’s price is due to go up starting in November to 13.1 cents per (kilowatt hour). We are hoping to do better for our residents. Our residents deserve relief from these high prices.”

WHAV reported Wednesday city officials, including Energy Manager and City Purchasing Agent Orlando Pacheco, were expecting to receive the approval, pending completion of a DPU review process, within a week.

Jolette A. Westbrook and Robert E. Hayden. “The Department finds that Haverhill has satisfied the requirements established in G.L. c. 164, § 134, including statutory filing requirements, substantive requirements, and requirements established by the Department concerning aggregated service, subject to the directives established. In conclusion, the department approves Haverhill’s municipal aggregation plan as revised on August 19, 2015. Accordingly, after due notice and consideration, it is ORDERED: That the municipal aggregation plan filed by the City of Haverhill as revised on August 19, 2015 is APPROVED …and it is FURTHER ORDERED: That the City of Haverhill shall comply with all other directives contained in this order.”

Fiorentini, representing the city, along with James Avery, Esquire, of Pierce Atwood LLP, Boston, on behalf of the city’s energy broker Colonial Power Group Inc., appeared before DPU at a public hearing in Boston Aug. 17. Comments were also received from utility provider National Grid, Attorney General Maura Healey and “one member of the public,” according to the order’s procedural history statement. “On Aug. 19, the city submitted a revised plan, Electric Service Agreement (ESA) template, and consumer notification form. These documents included updated references to National Grid’s tariff and terms and conditions.”

The city filed a petition with the DPU June 30 to establish the Community Choice Power Supply Program, “in which the City will aggregate the load of electric customers located within City borders in order to procure competitive electric supply for Program participants. Eligible customers will be automatically enrolled in the Program unless they choose to opt out.”

According to a summary, “The mayor, with input from the Haverhill City Council, will be responsible for all program decisions, including the selection of the competitive supplier, execution of contracts, and termination of the Program. The city, through a competitive solicitation, hired Colonial Power Group Inc. as the city’s initial consultant to assist in the design, implementation, and management of the program. The city and the consultant developed the Plan in consultation with the Department of Energy Resources (DOER) and the local distribution company, National Grid.”

“After executing an ESA for electric supply, the city, through the competitive supplier, will begin the process of notifying eligible customers in Haverhill currently receiving basic service of program initiation and the customers’ ability to opt out of the Program. The process of notification will commence at least 30 days prior to the start of service and will include direct mailings, newspaper notices, public service announcements, website postings, social media and the posting of notices in the City Hall. Those customers who do not opt out will be automatically enrolled in the program.”