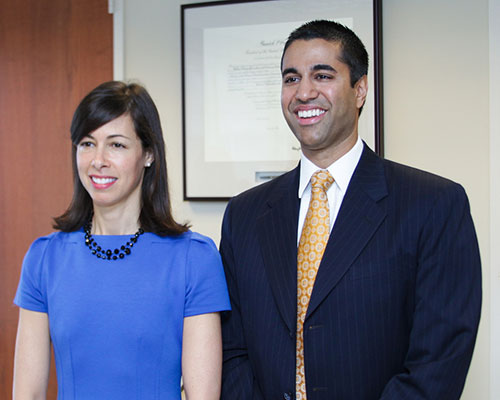 Haverhill and other cities may be free to build their own broadband Internet services for residents, the Federal Communications Commission (FCC) ruled yesterday.

The action—now being opposed by some Republicans in Congress—would allow municipalities to directly compete with Comcast, Verizon and other providers. Yesterday’s 3-2 vote involved petitions by Chattanooga, Tenn., and Wilson, N.C. The municipal Internet vote was largely overshadowed by the FCC’s vote in favor of “net neutrality.” That ruling essentially blocks Internet providers from selling faster Internet access to some websites at the expense of others.

“Without it, no community has a fair shot in the digital age,” said Commissioner Jessica Rosenworcel, defending her vote for communities.

“This highlights the unprecedented lengths the commission is willing to go in undermining the free market system, the federal statutes, the U.S. constitution, and common sense in order to dictate where, when, and how broadband is provided in this country,” he said.

Haverhill city councilors recently discussed the future of cable, Internet and satellite during a debate over Haverhill Community Television’s ill-fated attempt to ban Stanley Colten from serving on its board.

Councilor William H. Ryan hinted the city could cut HCTV off during the next round of Comcast negotiations.

“Why they did it, what’s going on and what their future plans are, so that we can be on board because there is a point in the next few years where we have to renew the contract with the cable provider. That obviously should be a very important day for people at local access TV, because if the city went in a different direction, it could be fatal.”

HCTV is a non-profit corporation and received $816,266 from Comcast subscribers in 2013. The amount comes from a contract signed by the City of Haverhill with the cable company.

2 thoughts on “Haverhill, Others May be Free to Offer Internet Competition”