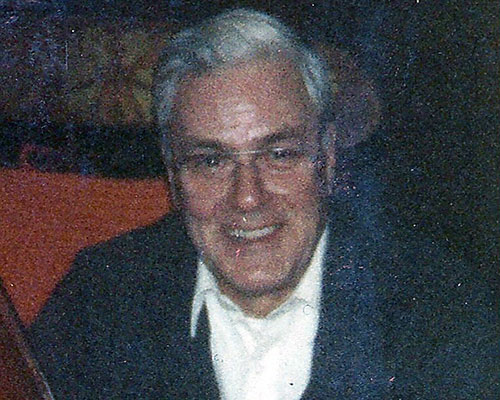 Perry was born in Peabody July 15, 1925, son of late Alfred and Jane (Downey) Perry. He is a veteran of WWII serving with the U.S. Navy.

He was the devoted husband of the late Doris (West) Perry who passed in 2004.

Perry worked as a Haverhill Police Officer until 1960. He then began his career with New England Telephone Co. and remained until his retirement 40 years later. During that time, in addition to raising his family with his wife, he was elected to the Haverhill City Council, serving from 1962 through 1971. He then was appointed Haverhill City Clerk from 1974 through 1975 and served in various other capacities, retiring from City of Haverhill obligations July 15, 1980 with 18 years and three months of creditable service.

Perry was a former president of the Haverhill City Council, who crafted the prayer still read before each city council meeting.

He was one the founding members of the City of Haverhill Hall of Fame. Other activities included the Lions Club of Haverhill, The Isaac Merrill House Committee and the Winnekenni Foundation.

Celebration of Perry’s Life will be Wed., Jan. 21, at the Bradford Country Club, 201 Chadwick Road, Bradford, from 5 to 9 p.m. United States Navy Funeral Honors will be conducted.

In lieu of flowers, contributions may be in Mr. Perry’s memory to Beacon Hospice, 13 Branch Street, Suite 100, Methuen, MA 01844; or to the Cystic Fibrosis Foundation at www.cff.org/donate