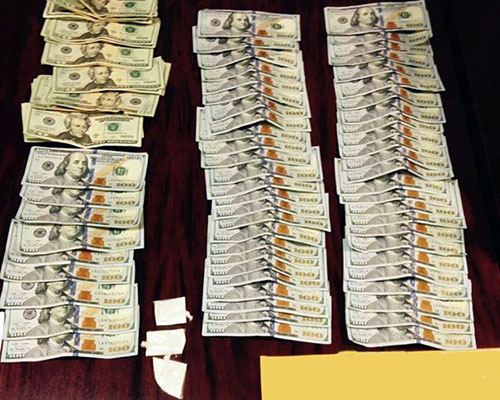 Police issued a “be on the look out” alert after a witness provided a description of the suspect’s vehicle. Officers assigned to the Street Crimes Unit spotted the car in Lafayette Square. Officers confirmed the driver was the same person seen on the store’s video surveillance system.

In other police news, details were released Wednesday in the case of a Haverhill man arraigned in court this week on a drug dealing charge. As reported by WHAV Tuesday, 22-year-old Inal Pena of Haverhill was arrested by Haverhill Police detectives late Monday night at an apartment at 5 Maple Avenue, off Summer Street. He was charged with possession of a class B substance with intent to distribute. A police spokesperson said the narcotics unit recovered 10.5 grams of crack cocaine with a street value of about $800. Police also seized over $6,400 in cash as drug proceeds while serving a search warrant.

Haverhill police have also released more details about an armed robbery Monday. As WHAV reported earlier, 23-year-old Anthony L. Fowler of Haverhill was arrested. Police now say they went to Chris Ann Liquors, 74 Kenoza Ave., where a clerk said a light skinned man entered the store, pulled out and pointed a handgun and demanded money while threatening to kill her. The suspect, wearing a gray hoodie and San Antonio Spurs Hat, fled the store.

Police used the store’s surveillance video to determine the suspect ran into a yard on Warren St. Detective Lieutenant Robert Pistone and Officer Thomas Howell found Fowler at 23 Warren St. where he was arrested with the stolen money and black bb pistol used in the robbery. Fowler was arraigned Tuesday in Haverhill District Court and was held without bail pending a dangerousness hearing.