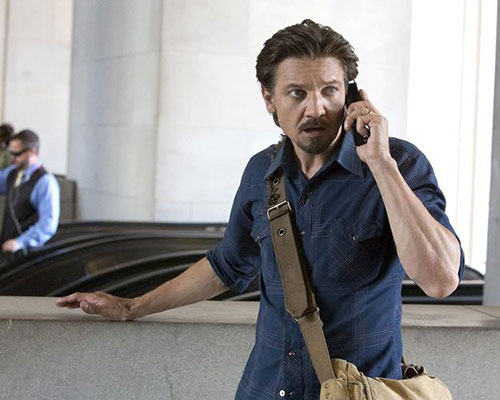 ”Kill the Messenger” is the new movie produced by and starring Jeremy Renner…and an ambitious affair it is. Part documentary, part journalist-sleuthing adventure, and part family drama, it succeeds more often than not. It’s mostly the story of Gary Webb, a reporter at the San Jose Mercury News, who stumbles on to the story of how the CIA, as a fundraising adjunct to Iran-Contra, became involved in cocaine trafficking that fueled the U.S. crack epidemic of the late 1980’s. If this were ALL it was about, the picture would be less than revelatory in 2014. It is, rather, about the complex interaction of government agencies in damage control mode, pusillanimous corporate media, and the strength of family and other relationships.

The movie works because Renner, in his best performance since “The Hurt Locker,” so passionately and capably captures his tragic character, Gary Webb. Mary Elizabeth Winstead gives a great performance as Webb’s conflicted and equivocating editor… Rosemarie DeWitt stands out with a nuanced portrayal of Gary’s wife, Susan as she tries desperately to hold their family and marriage together, and to be supportive, both with what it going on around them at the time, and in light of an incident that had occurred previously, and which had precipitated the family’s move
to California.

Director Michael Cuesta, of “Homeland” and “Dexter” fame, chooses to cover the end of the story in postscript either out of a concern for the running time, or not making the movie completely depressing…The times, and the techniques and
technology of journalism may have changed since the 90’s, but if Julian Assange streams “Kill the Messenger” in the Ecuadorian embassy in London, he’ll probably conclude that little else has.