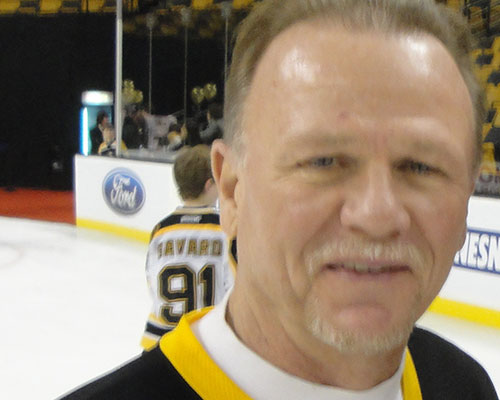 Middleton began his professional hockey career as the first-round draft pick for the New York Rangers in 1974. He finished off the season with a flourish as rookie of the year in the American Hockey League, and then played left wing with the Rangers for two years before he was traded to the Boston Bruins in 1976 for Ken Hodge. After a few years, sportswriters began calling it one of the most lopsided deals in recent hockey history, in favor of the Bruins. Things were looking pretty bright right from the start of Middleton’s arrival in Boston, as he scored a hat-trick in his first-ever game as a Bruin.

The 2004, 2007 and 2013 Red Sox World Series Trophies will also be featured. Attendees are welcome to have their photographs taken with the trophies. Organizers say the Cross Border Expo offers consumers the opportunity to directly connect with businesses throughout Southern New Hampshire, the Merrimack Valley and beyond. Exhibitors include restaurants, retailers, professional services, salons, spas, banks, non-profits and more. Exhibitors will offer food tastings, discounts, and direct sales to promote their goods and services. Last year the event hosted 100 vendors and more than 1,000 attendees.