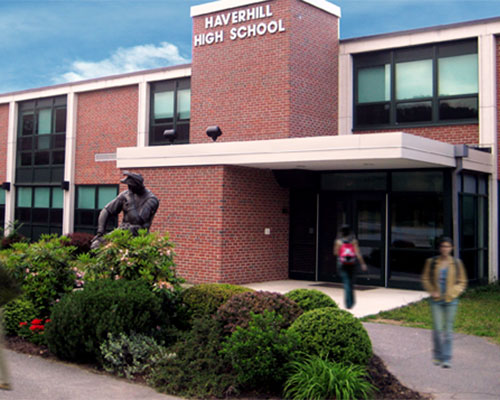 A high school junior sent out a message via the social media site, Twitter, at about 9:30 p.m., Monday. “Ha I know who is going to shoot up the school tomorrow…at least I’m cool with em.”

“Within an hour or two, police had the student in custody. The student had no possession of any weapons…he was arrested to the best of my knowledge,” Scully told WHAV News. The superintendent said extra security and police were on hand at Haverhill High School today.

“The principle just said in the message this morning that there had been a tweet out out last night by a student and that the HPD were handling the situation. Very vague, I did NOT want to send my son to school today!” said one parent.

Haverhill Police have not responded to a request for more information. 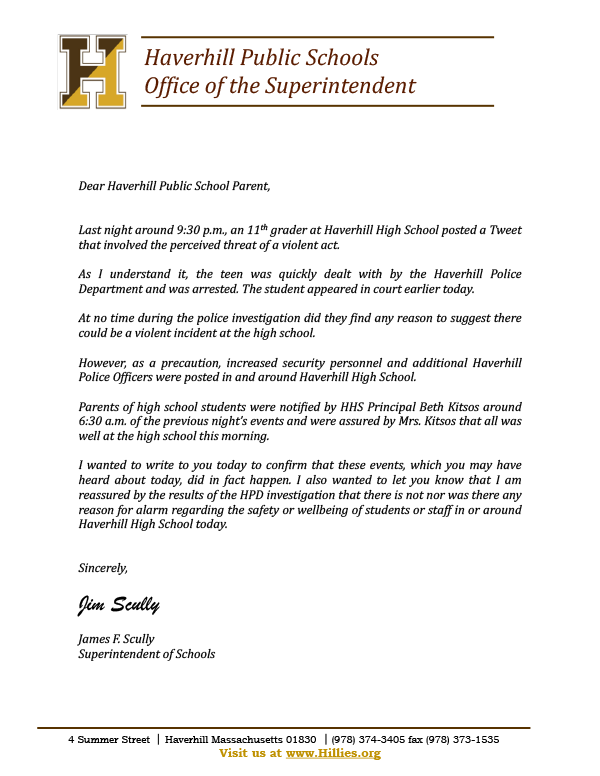