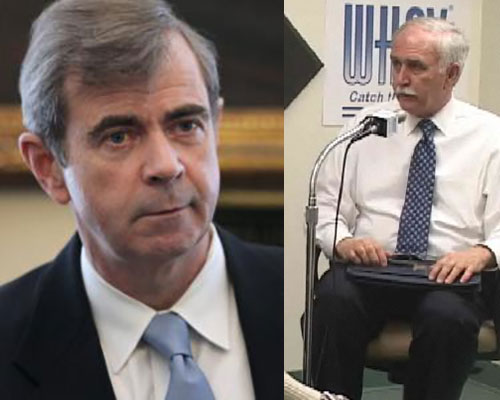 By law, Jajuga’s disclosure should have been filed during the first two weeks of January, but Galvin isn’t saying why a listing had not been posted by this spring when Healthy Pharms received a provisional license. Galvin’s lobbying division also has not said whether Jajuga had been compelled to make the filing after complaints were sent or whether he was fined or otherwise penalized.

Repeated calls to Galvin’s press staff have not been answered or returned since last week.

It is not the first time Jajuga’s role as a lobbyist has raised questions. Jajuga reportedly helped clients of Crest Associates receive millions of dollars in state grants while serving as public safety secretary under Acting Governor Jane M. Swift. Jajuga was reported to have subsequently worked for Crest. The state Ethics Commission’s complaints regarding the grants were dismissed in 2008 because the statute of limitations had run out.

Jajuga also came under scrutiny when it was reported he spent $17,000 in anti-terrorism money to buy a 60-inch plasma screen television for his office.

The lobbyist also previously served as the paid president of the Greater Haverhill Chamber of Commerce and a state police trooper.