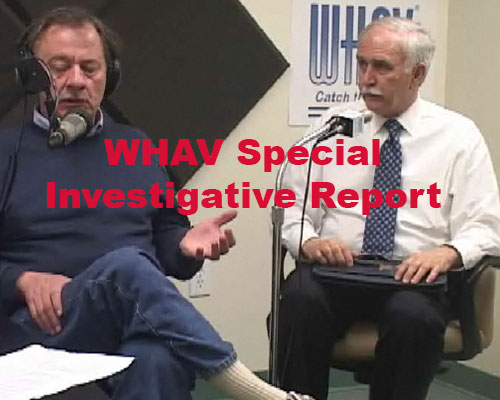 Between Oct. 20 and Nov. 21, 2013, Jajuga now says he “was retained to garner local municipal support in the City of Haverhill for Healthy Pharms, Inc. to operate a Registered Marijuana Dispensary in that city.”

Haverhill City Councilor Robert H. Scatamacchia said an undated letter of support signed by him was obtained under false pretenses. Healthy Pharms used the letter as “Evidence of Local Support.” He said Fiorentini supplied the letter and retyped it on to Haverhill City Council letterhead, on behalf of Jajuga. Scatamacchia said he is not sure if he signed the letter before or after the dates Jajuga made campaign contributions to others.

Lobbying reports were due to Secretary of State William F. Galvin’s office during the first two weeks of January. However, the secretary of state’s office could not explain why Jajuga’s Healthy Pharms listing had not been posted by this spring when the company received a provisional license to open in Haverhill. Galvin’s lobbying division also would not say whether Jajuga had been compelled to make the filing after complaints were sent or whether he was fined or otherwise penalized. Fees for late disclosure statements are normally $50 per day up to the 20th day and an additional $100 per day for every day after the 20th day until the statement is filed.

Jajuga, who is also a past president of the Greater Haverhill Chamber of Commerce, previously said publicly he had served merely as a “consultant” for Healthy Pharms.

A number of Haverhill officials deny they endorsed Healthy Pharms plans. These include William Pillsbury Jr., director of the Haverhill’s Economic Development and Planning Department; Joseph J. Costanzo, administrator of Merrimack Valley Regional Transit Authority; and Dennis DiZoglio, executive director of the Merrimack Valley Planning Commission. Each said they spoke informally with Jajuga and did not realize he was working for the company. All publicly dispute they “held meetings” as claimed by Healthy Pharms in its license application sent to the Massachusetts Department of Public Health.

The Haverhill City Council Administration and Finance is expecting officials from the state Department of Public Health to answer questions at its October 1 meeting. 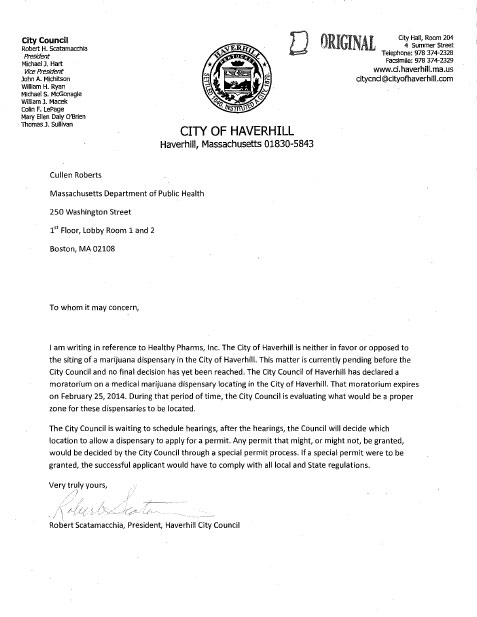