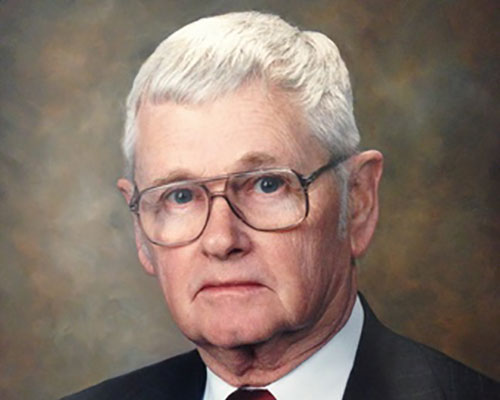 The Haverhill Public Schools community is remembering a longtime former middle school principal who is being called “one of the most loved and respected educators in the history of the city.”

Daniel R. Harrington Jr., former principal at Consentino Middle School, passed away Tuesday. He was 83. A Haverhill Public Schools spokesperson said Superintendent of Schools James F. Scully infomed his staff of Mr. Harrington’s passing with a note that recalled his own tenure as Consentino principal, and how the staff there told him they wanted him to be “just like Mr. Harrington.”

“Mr. Harrington genuinely loved the students who passed through Consentino’s doors. His kindness gave them strength and self-confidence. The entire Haverhill School Department wishes his family solace and peace. He will be missed.”

Following his retirement, Harrington worked for the Greater Haverhill Chamber of Commerce.

Harrington, who was a lifelong resident of Haverhill, passed away peacefully with his family by his side at the Anna Jaques Hospital in Newburyport, after a six year battle of health complications caused by a stroke.

Born in Haverhill on September 23, 1930, he was the son of Daniel R. and Charlotte (Wilmont) Harrington. Harrington graduated from St. James High School and Merrimack College where he was a member of their men’s first varsity basketball team. After college, he began his influential career as a public school educator for 45 years in the City of Haverhill and retired as principal at the Albert B. Consentino School.

He shared with each student that crossed his path the love of learning, especially American History. During the summer months, Harrington would spend the majority of his time at Camp Sea Haven on Plum Island, a facility for the recreation and therapy of children stricken with polio that was founded by his father, who suffered from the crippling disease. After the passing of his father in 1959, Dan and his wife, Norene took over the operations and continued the work that his parents started until 1972.

After he retired from teaching, Dan moved on to become membership director of the Greater Haverhill Chamber of Commerce and a proud member of the Haverhill Exchange Club. He was a community leader and overall champion of Haverhill throughout his entire life. He had been honored by the Temple Emanu-el in receiving their “B’nai B’rith Man of the year award and by Senator Marty Meehan as “Greater Haverhill’s Irish Man of the Year” and the “Distinguished Citizen Award” from the Yankee Clipper Council Boy Scouts of America.

The family wishes to extend their sincere gratitude to the entire staff at the Hannah Duston Healthcare Facility for the care provided to Dan.

Friends and family are respectfully invited to call on Thursday, August 28, from 4 to 8 p.m. at the Kevin B. Comeau Funeral Home, 486 Main St. (Rte 125) Haverhill. Funeral services will be held on Friday, August 29, beginning at 9 a.m. from the funeral home with Mass of Christian Burial to be celebrated at 10 a.m. in St. James Church, Winter St. Haverhill. Burial will follow in St. James Cemetery, Primrose St. Haverhill. Memorial donations may be made in his name to “Ozzie’s Kids” c/o N.E. Exchange Club 61 St. Botolph St. Haverhill, MA 01832.