Fybush began his broadcast career in the Merrimack Valley at Lowell’s WCAP. In the decades since, he has worked on the air and behind the scenes in both commercial radio and public radio, including Boston’s WBZ and WXXI in his native Rochester, N.Y. As an industry consultant, Fybush has assisted stations large and small with strategic planning and signal improvement. Since 1994, he has chronicled the broadcast community in New England, the northeast U.S. and eastern Canada in his weekly NorthEast Radio Watch column. His fybush.com website also includes “Tower Site of the Week,” which documents the history of broadcast infrastructure around the country and which spawned the popular Tower Site Calendar, published annually since 2002.

Fybush has written about broadcast topics for trade publications including Radio World, Current and The Radio Journal, which he edited from 2004 to 2011. He resides in upstate New York with his wife and two small children. 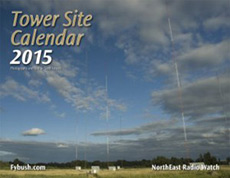