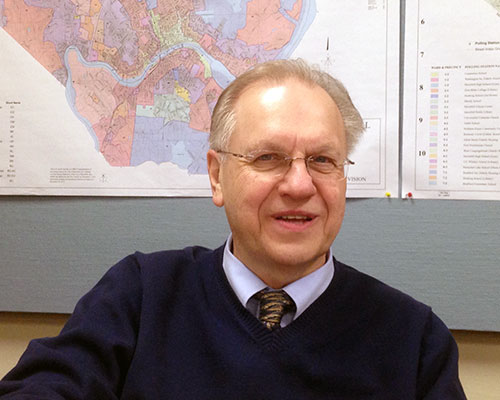 No Rate Relief Until Next Winter at the Earliest

A plan to pool residents into a buying group to reduce overall electric rates received a green light from city councilors last night.

In an 8 to 0 vote, councilors approved plans to pursue state approvals for the city to become an aggregator with efforts by energy broker Colonial Power Group, Marlborough. That firm was previously selected through a competitive bidding process by the Merrimack Valley Planning Commission for its member communities including Haverhill, according to Brian Murphy, partner, Colonial Power Group.

Murphy, along with former Lowell City Manager Bernie Lynch, gave councilors a presentation on how it would help the city design, implement and manage a competitive electricity market. Murphy said the process could take several months, but an aggregation could be in place before any winter rate increase next November from electric provider National Grid.

“In a separate vote, perhaps next week, we’ll ask that you approve an aggregation plan. And the plan is maybe a 12-14 page document. That is really the broad constitution of the aggregation program, it doesn’t get too far into the details, that’s reserved for a supply contract that may eventually be executed by the mayor and a chosen supplier. But the aggregation plan is really the basis upon which the DPU will approve or deny an application” Murphy said.

Macek: “So if somebody gets involved at least they can be sure they have that rate. That it doesn’t change on a regular basis.”

Pacheco: “That’s right. Our goal is not just to provide better pricing, but more stable pricing.”

Macek: ‘I think this is a great idea.”

Pacheco: “And if we can’t do that, we won’t take the product to the marketplace”

Responding to a question posed by Councilor Michael S. McGonagle, Pacheco said Colonial Power Group would be compensated by a .001 % add-on to the electricity charge to recover regulatory filing costs they would make at their risk.

MVPC Executive Director Dennis Dizoglio did not respond to calls before deadline regarding the bid process, the number of bidders and criteria for selection.