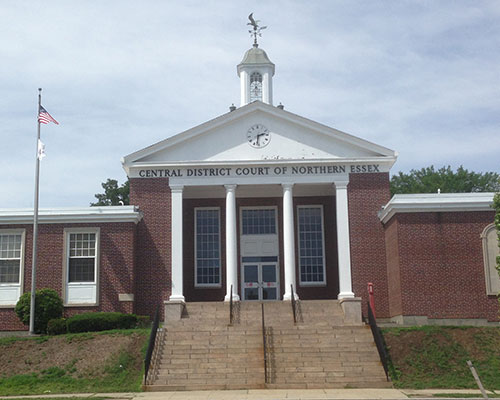 A Lynn man is due to face drug-related and stolen motor vehicle charges in Haverhill District Court after his arrest by Haverhill Police Thursday afternoon.

In other police news, A Haverhill man is facing a repeat drug-related charge as the result of his arrest on an unrelated outstanding warrant. Trent Cook, 45, of Haverhill, was arrested at 3:40 p.m., Thursday, on Webster Street. He was charged with possession of a class B substance (subsequent offense) and was also taken into custody on an outstanding warrant charging him with threatening.

A man listed by police as homeless is due to be arraigned in court on theft-related charges after his arrest on a warrant Thursday. Nicholas Messina, 23, was arrested at 1:30 p.m., Thursday, on Winter Street. Under an outstanding warrant, he is charged with larceny over $250 and with receiving stolen property over $250.

A Haverhill man was arrested Thursday evening on charges of disorderly conduct and resisting arrest in connection with a reported disturbance near Lafayette Square. Mark Cuevas, 27, of Haverhill, was arrested at 7:39 p.m., Thursday, at 15 Broadway.