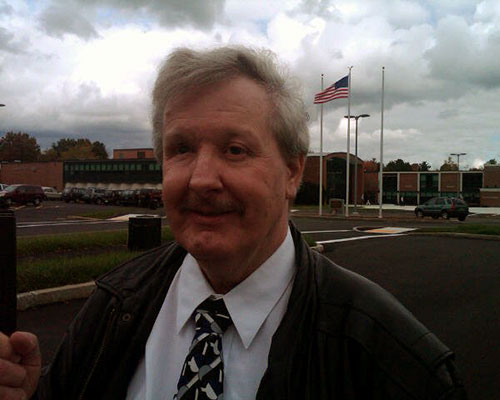 Brian Langlois estimates he lost $30,000 in cash and bonds when a safe was taken from his home. Langlois’ friends plan a fundraiser for him from 2 to 6 p.m., Saturday, March 21, at Crescent Yacht Club. Donations begin at $10.

His wife of 37 years, Leslie, passed away in August. She was also blind and suffered from multiple sclerosis. Earlier last year, Haverhill Mayor James J. Fiorentini ordered Langlois’ boyhood home at 36 School Street be demolished even though the property was in the midst of being sold. As a result of the city’s listing, he said at the time, the original sale fell through. He ultimately found a buyer, but the home was still demolished.

The Open Mike Show begins at 6:30, tonight, and may be heard at WHAV.net or seen at WHAV.TV or Haverhill Community Television, Channel 22.

Langlois said there was no evidence of forced entry at his Hunters Run condominium, but then, on his birthday Oct. 14, he discovered the worst.

“This friend of mine was talking to me on the phone and said, ‘You know you really ought to check that safe.’ And I figured ah, safe is there. No problem and all this. I was getting ready for bed one night and said I’ll humor the guy. I’ll go check, and it was gone.”