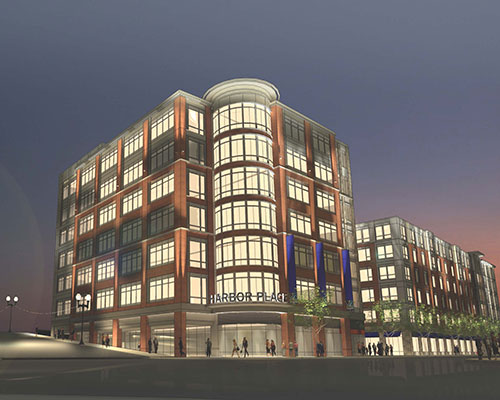 The revelation was made Tuesday afternoon after Colten learned from WHAV he will continue to serve on the public access television group’s board until 2017.

“They paid a million dollars for the condo at Harbor Place. They paid for it outright,” Colten said. The actual price is $973,000 plus $1,720 a month in condo fees, he elaborated. Colten expressed concern about the deal since the group will continue to maintain its full studio on Elm Street. He said this is the kind of spending that worries him especially since the station needs money to address picture and sound quality problems.

The $68 million Harbor Place replaces the vacant Woolworth’s Department store and other buildings. In July, officials announced the space was 80 percent leased with UMass—Lowell taking two floors, Pentucket Bank taking a floor for its executive offices and HCTV taking a small portion of the first floor for a satellite recording studio.

Colten said Attorney Michael J. Hart represented HCTV during the transaction. “I’ll serve them truthfully, honestly and I’m, still going to get the answers to the questions,” Colten said after Hart said Colten’s term had not expired, but rather he was elected to a three-year term last February.

“There’s no way they can survive unless they get some other income,” Colten added. He explained the group, which operates Comcast channel 22, still must pay to equip the studio. Colten also said he is worried future fees paid by Comcast subscribers will drop.

“Comcast money will be cut by half. Comcast is losing their business left and right.”

“As we move forward, I urge Haverhill Community Television to make changes to their bylaws, to commit to having public representation. Over a 10-year contract period, HCTV will receive $8 million from Haverhill ratepayers. We want to make sure there’s public oversight, and that they spend their money wisely.” the statement read.