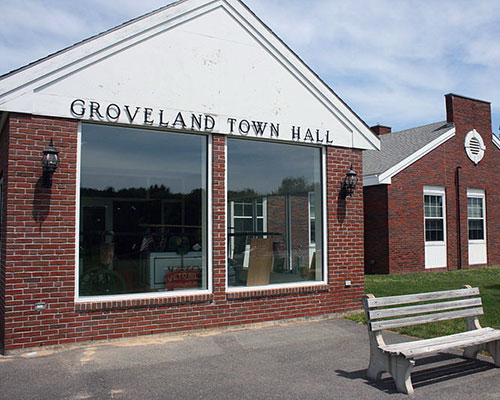 Groveland Selectwoman Elizabeth A. Gorski told WHAV Monday she has not yet decided whether to appeal a $2,500 fine issued last week by the Massachusetts State Ethics Commission.

In its decision, the commission found that Gorski threatened negative employment action against the chief and deputy chief of police. It was alleged Gorski violated the state’s conflict of interest law after the police chief placed her son, a Groveland Police officer, on administrative leave. The commission, however, ruled its enforcement division failed to prove any of its other claims against Gorski.

“I’m pleased to have been vindicated on the vast majority of the issues,” said Gorksi, who has many Haverhill ties. “If I was a baseball player, three out of four isn’t bad.” The 15-year selectwoman said Police Chief Robert Kirmelewicz and the commission’s own enforcement division “got slapped a bit,” themselves, in the ruling. She referred to a footnote buried in the text of the ethics commission decision.

“While Chief Kirmelewicz is not the subject of this adjudicatory hearing, based on the testimony and Statements by (Selectmen) Darke and Greaney and the notes Greaney wrote about Kirmelewicz’s call to him on March 8, 2014, we conclude that the chief improperly engaged in threatening and intimidating conduct, including threatening these selectmen with complaints to the ethics commission in order to discourage them from assessing his job performance…We cannot condone the chief’s aggressive, self-serving threat or use of this process in order to prevent governmental employees from properly performing public duties that could have proven disadvantageous to him,” the footnote reads.

Gorski was the secretary of Haverhill Beef during the 13 years the business was operated by her late husband, retired State Police Lieutenant Barry W. Gorski. He died in 2010. She previously served as an aide to former Senator James P. Jajuga who was also fined $2,500 this year for late disclosure of his drug lobbying work. Gorski also served in the administration of Haverhill Mayor John J. Guerin and worked for the Haverhill YWCA.

Gorski said the commission “explicitly held that I was not trying to influence the decision (of the police chief). I’m disappointed the commission found me responsible for one casual encounter in a local restaurant.”

Gorski is up for re-election next May.