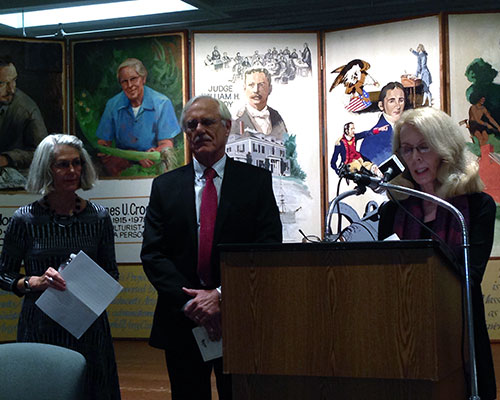 Louis H. Hamel and John Bradford Davis Jr. were inducted Saturday into the Haverhill Citizens Hall of Fame. The ceremony took place at Haverhill Public Library and will be broadcast Wednesday night over WHAV.

For only the eighth time in its nearly 30-year history, names were added to the Haverhill Citizens Hall of Fame wall on the library’s main floor. Hamel was chosen for his roles as an innovative manufacturer, business leader and philanthropist. Davis was selected for his presence on the international stage, guiding the Minneapolis School System through the tumultuous time of desegregation.

Louis H. Hamel III, recounted the rags-to-riches story of his grandfather who had to help support his family beginning at the young age of 11.

Three of Davis’ children, Martha Patee, Nancy Lasar and John B. Davis III, spoke about their father. Pattee credits his upbringing in Haverhill for his national contributions.

“My father, who would become a nationally recognized leader in public education and a foremost champion of school desegregation, spent his formative years at 50 Park St. It was here that he acquired the Yankee attributes of honest, integrity and hard work, and it was here he learned from his father about public service. These attributes of character came to define my father in every aspect of his life and they would become the foundation for his growing commitment to human rights and, notably, educational equality.”

Davis’ brother, Kingsbury Davis of Haverhill, was also among the many relatives of both the Davis and Hamel families to attend. 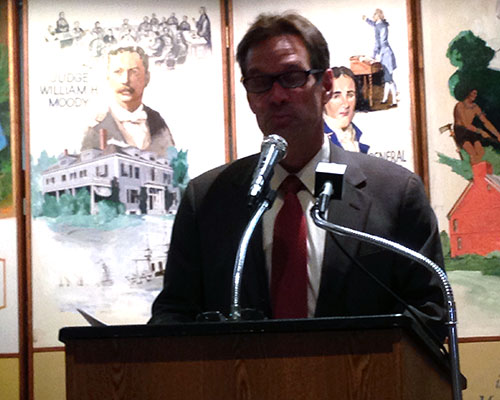 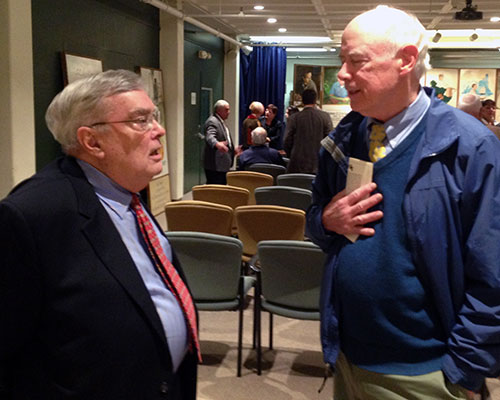