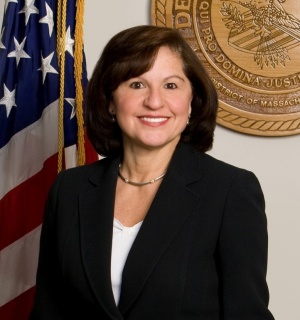 BOSTON – Two men were charged Friday with conspiring to use inside information about business activities of American Superconductor Corporation (AMSC), Devens, Mass., to profit from trading AMSC stock.

Eric McPhail, 41, of Waltham and Douglas Parigian, 56, of Lowell, were indicted on charges of conspiracy and securities fraud. Parigian was also charged with making false statements to a federal agent in the course of the investigation.

“Those who engage in insider trading are rigging the system and victimizing the law-abiding citizens who choose to invest our public companies. We will aggressively police the markets to deter this kind of behavior,” said U.S. Attorney Carmen M. Ortiz.

Special Agent in Charge of the Boston Division Vincent Lisi, “For those that think they can get away with insider trading, they should know the government has a variety of safeguards in place to detect possible insider trading through the review of suspiciously timed trades. Once someone gets on the radar screen, no matter how inside information is shared or acted on, whether person to person at a country club with golfing buddies, over the phone to trusted allies, or by oneself, the FBI has the tools to investigate and prove the criminal activity. Knowing that we can detect such trading and have the capability to uncover the schemes, those who want to harm the investing public should think twice.”

According to the indictment, starting in or about July 2009, McPhail began giving several of his friends, including Parigian, inside information about AMSC’s business activities and upcoming earnings announcements. McPhail obtained this information during golf outings and other social activities with a close friend who was a senior executive at AMSC. The executive, however, trusted McPhail to keep the information to himself and was unaware that McPhail was using it to tip his friends.

Between July 2009 and April 2011, several of McPhail’s friends, including Parigian, repeatedly traded on the inside information. Over that time, Parigian allegedly made over $300,000 in illicit gains. It is further alleged that during an interview with federal agents in May 2012, Parigian lied about his trading activities and his knowledge of others who traded in AMSC shares.

The statute for the criminal charges provides a maximum sentence of 20 years in prison on the securities fraud charge to be followed by three years of supervised release and a $5 million fine. The conspiracy and false statements charges carry a maximum sentence of five years in prison, three years of supervised release and a fine of $250,000 per count. Actual sentences for federal crimes are typically less than the maximum penalties. Sentences are imposed by a federal district court judge based upon the U.S. Sentencing Guidelines and other statutory factors.